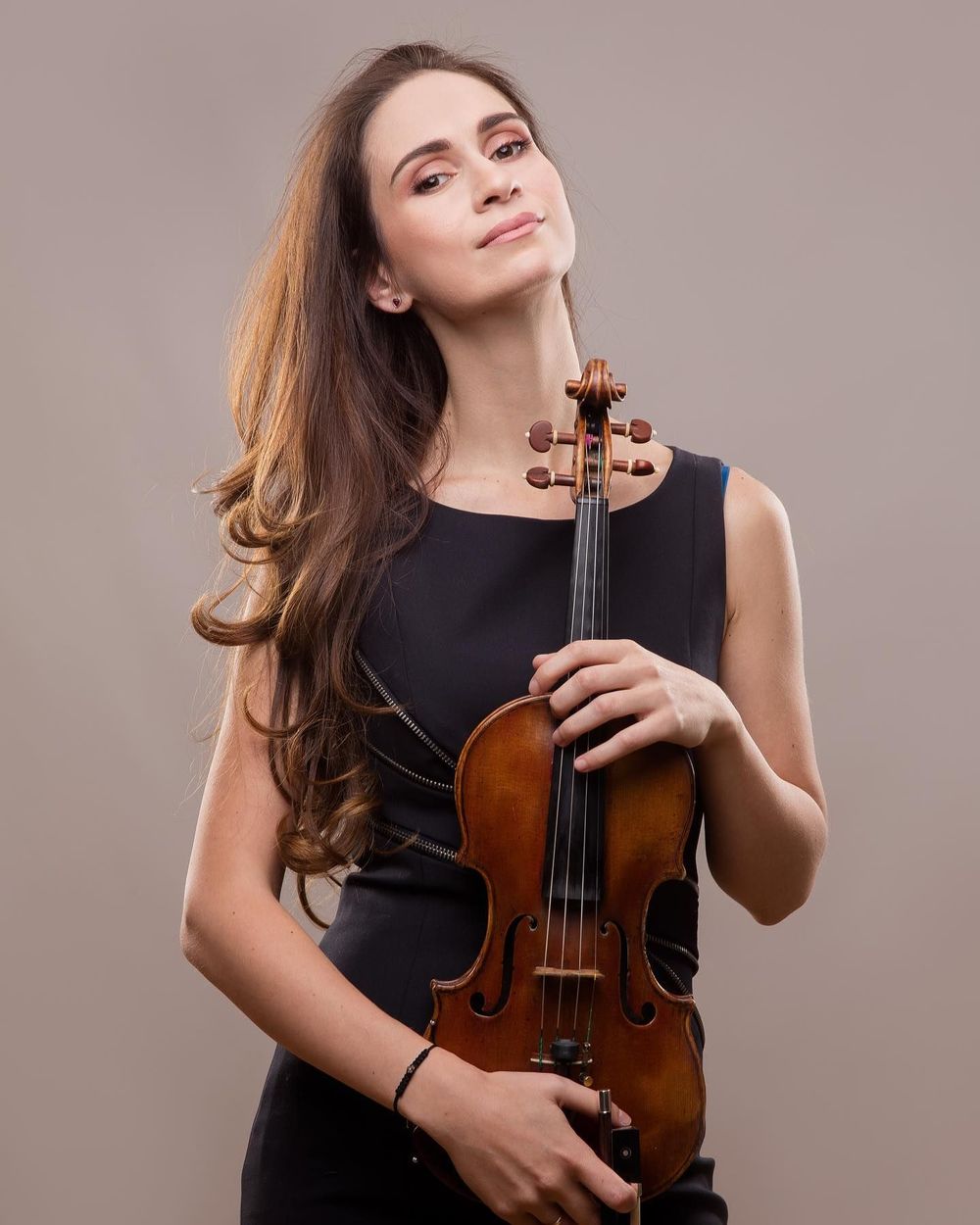 Young Armenian violinist Anush Nikogosyan was born in Yerevan. Aged five she got her first violin lessons with Distinguished Teacher of Armenia Petros Haykazyan and further on studied at the Yerevan Komitas State Conservatory. For several years she has been taught by the principal conductor of the Armenian National Philharmonic Orchestra Eduard Topchjan. Anush has studied at Hochschule fur Musik und Theater Munchen (class of Prof. Christoph Poppen). Since 2013, Anush studied in the same conservatory with famous violinist, Prof.Julia Fischer.

Anush won prizes at numerous international violin competitions, most important from them: in 2010 she became the 1st prize winner of the “International Kaerntner Sparkasse Woerthersee” competition (Austria), after which she got many invitations, in some of the most prominent concert halls and with renowned orchestras, among them in July 2011, Anush was invited to feature at the well known “Pacific Music Festival Sapporo” (Japan) as a soloist under famous Maestro Fabio Luisi. In 2014 she was invited to the Rimini Meeting festival, the Festival della Nazioni in Citta di Castello, Ravello Music Festival (Italy), in October 2014 – the Bruckner Festival Linz (Austria), the Yerevan International Music Festival.

She played in concert halls: “Alte Oper” Frankfurt, Opera de Nice, the Brucknerhaus Linz, the Konzerthaus Klagenfurt, Warsaw National Philharmonic Hall, the Aram Khachaturian Concert Hall Yerevan, the BASF Ludwigshafen Konzerthaus and others. In May 2015, she debuted at Walt Disney Concert Hall in Los Angeles (USA). In July 2016 she debuted at “The stars of the white nights” festival in St.Petersburg, playing at Mariinsky Theatre’s Concert Hall. As a chamber musician she regularly takes part in various festivals.