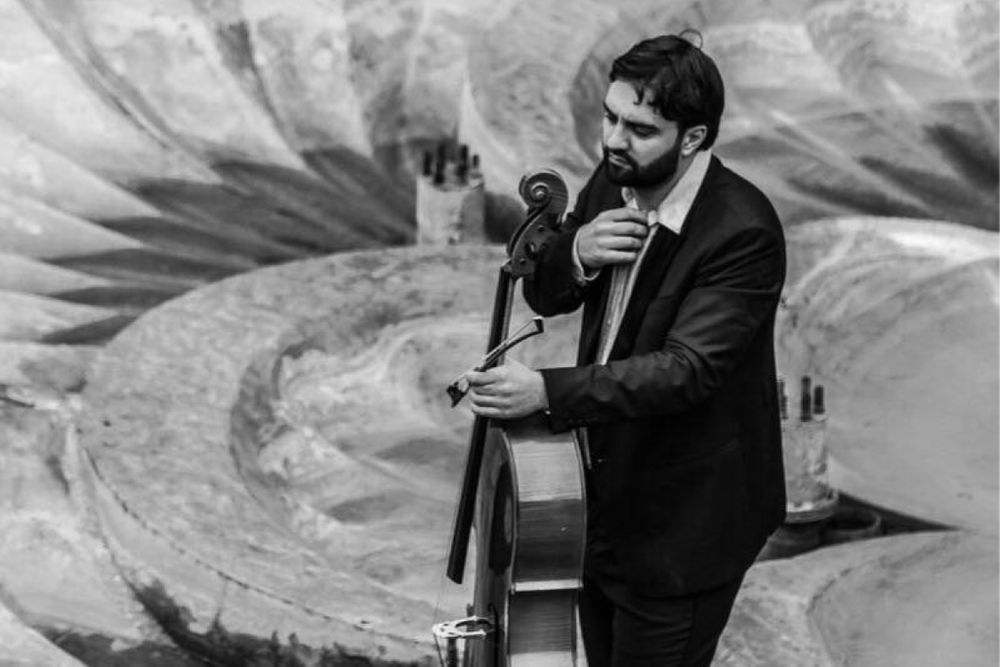 Sevak Avanesyan is described as “a musician of extraordinary virtuosity and a remarkable range of sound capacities” (Bernard Greenhouse) and “undoubtedly, one of the most gifted musicians of his generation” (Janos Starker).

Armenian cellist Sevak Avanesyan is the Former Solo cellist of National Orchestra of Belgium, as well a regular jury member of Ysaye, Triomphe de l’Art and AGBU music competitions. Sevak won numerous international competitions, among which First Prize at the “Young Soloists” competition in Luxembourg, First prize at the “Lions Club” European competition, “Golden Lable” prize by the Belgian music press association, first prize winner of “Belgische Stichting Roeping” promotion and many more. His talent was visible since a very young age, which made him become the youngest graduate of the Royal Conservatory of Brussels.

At the age of 19, Sevak graduated with the highest distinction in the class of Viviane Spanoghe. After which he was accepted in the class of the renowned cellist Claudio Bohorquez at the Hans Eissler Musikhochschule in Berlin.Besides his regular studies, Sevak Avanesyan has received precious advice from world-famous artists such as Janos Starker, Bernard Greenhouse, Steven Isserlis, Mischa Maisky, Maria Kliegel, Louis Claret, Peter Bruns, Garry Hofman, Wolfgang Boettcher, Igor Oistrakh, Artemis Quartet, Gerhard Schulz and many others.

He is regular guest at leading venues such as the Salle Gaveau, Palais des Beaux-Arts in Brussels and Ford hall in Toronto. In January of 2017, Sevak played the grand opening of Queen Elizabeth Hall in Antwerpen. He regularly appears as a soloist with orchestras such as the Sinfonia Varsovia, National Orchestra of Belgium, Slovenia Symphony Orchestra, Indian Symphony Orchestra, La Chapelle Sauvage and many more.

Sevak Avanesyan has participated at notable festivals such as the Festival de Radio France in Montpellier, Juventus Festival, Menton Festival, Brahms festival in Brussels, Les Musicales de Cambrai, among others. He has also collaborated with great conductors such as Hanns Graf, Hugh Wolf, Andrei Boreyko and the most recent was the world premiere of “DNA 15a15” composed by A. Iranian at Palais des Beaux Arts in Brussels, conducted by George Pehlivanian. The concert was described as the “best concert of the season” by Belgian TV critics.An ardent chamber musician, Sevak Avanesyan collaborated with Augustin Dumay, Philippe Graffin, Pascal Devoyon, Pavel Gililov, Maxim Vengerov, Aleksei Moshkov, Yuri Bashmet, Gidon Kremer, and many others.

In 2016 the “Rhythm & Intervals” documentary by Gomes Schahbazyan was premiered, which is about the life of Sevak Avanesyan in Berlin during the period of his studies. The documentary has already won several festivals and was aired on ARTR TV. Sevak plays on “The King” Mateo Gofriller cello from 1689, which is the very first Gofriller cello known. It is kindly given to him by Mischa Maisky.