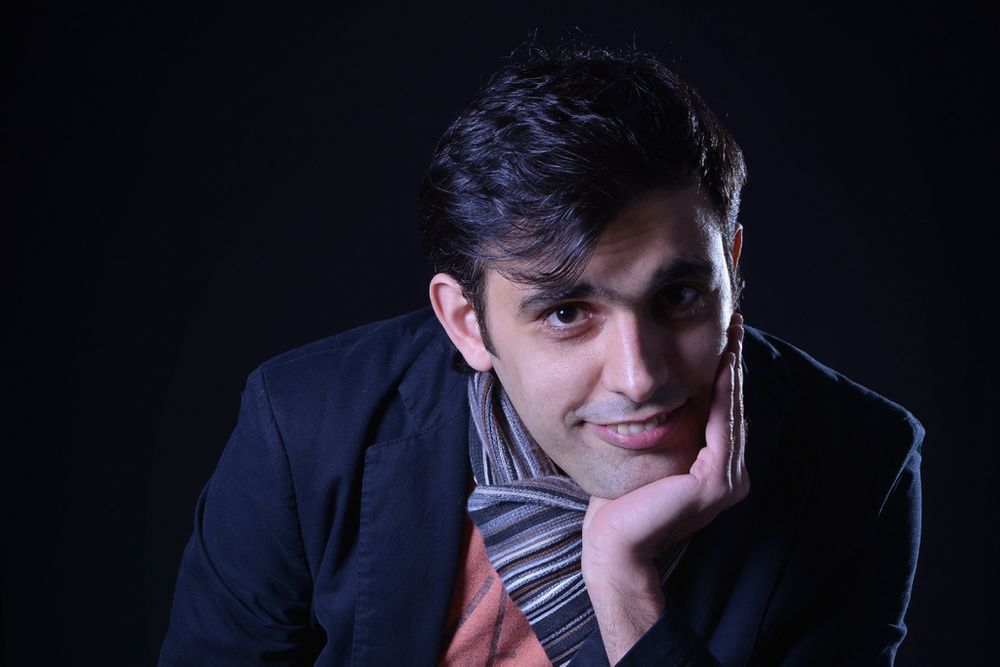 Vahram Sarkissian (Sargsyan) is an Armenian Canadian composer, conductor and experimental vocalist living in Montreal, Canada. His chamber, choral and vocal works have been widely performed across Europe, Asia, and North America. His style represents a multicultural “palette” of sounds and creative ideas influenced by numerous traditions and practices spanning from V century Armenian medieval chants to previously unreported endogenous vocal extended techniques. As an experimental vocalist, he developed a distinct vocal identity with a rich assortment of techniques and several signature sound production methods.

As a performer Sarkissian has appeared in different festivals and concerts in Montréal, Barcelona, New York, Yerevan, London, Seattle, Los Angeles and elsewhere. He frequently gives lectures and leads workshops about extended vocal techniques and vocal improvisation. Most recently he lectured at the World Symposium on Choral Music (Barcelona, 2017), ACDA East Conference (Pittsburgh, 2018), Europa Cantat Festival (Tallinn, 2018) and elsewhere. He is a founding member of Phth – a 7 part experimental vocal ensemble that premieres and advocates new music by Canadian composers as well as introduces other contemporary compositions to the Canadian audience.

Vahram Sarkissian is a member of the Composers Union of Armenia and The Canadian League of Composers. He served as a music consultant for the European Choral Association (2010-2012).

He is also active as a conductor. He was the founder and conductor of Armenian Chamber Voices: a 16-member mixed vocal ensemble noticeably consisting of young composers and musicologists, which was advocating music of the XX century in Armenia. He has also organized and occasionally led several vocals and instrumental ensembles in Armenia, Canada, and the USA.